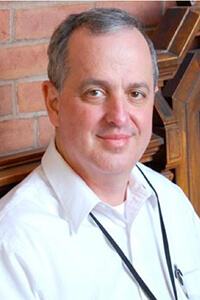 Professor of Psychiatry and Human Behavior

Prof. Greenberg has a BA in Psychology from Amherst College, a PhD in Neurosciences from the University of California, San Diego, an MD from the University of Miami, trained in neurology at Columbia University, and in psychiatry at Johns Hopkins Hospital. After residency, he became Chief of Adult Obsessive-Compulsive Disorder (OCD) Research in  the Laboratory of Clinical Science at the National Institute of Mental Health. Working with NIH colleagues in neurology and psychiatry, he initiated studies in OCD and related conditions using Transcranial Magnetic Stimulation (TMS) in the 1990s.

In 2000, Dr. Greenberg joined the OCD Research Group at Butler Hospital and Brown Medical School, where his main research has been developing surgical or noninvasive treatments in neuropsychiatry. He has led a multicenter trial of deep brain stimulation for intractable OCD, and related mechanistic studies as co-Director of two NIMH-funded Translational Research Centers on the brain circuitry of OCD. His work in surgical therapies also includes studies of gamma knife ventral capsulotomy for OCD.

Since 2013, when Dr, Greenberg joined the CfNN at the Providence VA Medical Center, he has again focused on noninvasive methods have again become a major focus of interest. These methods include TMS and transcranial DC and AC electrical stimulation (tDCS and tACS). The work focuses on testing device-based treatments in chronic pain, PTSD, as well as OCD and Tourette syndrome. For pain, a research goal is reducing the suffering  associated with chronic pain by modulating the relevant brain circuitry. Across conditions, the effort aims to develop brain stimulation methods to improve the response to behavioral therapies in pain, PTSD, OCD, and Tourette syndrome. The CfNN, together with resources at Brown University and its affiliated hospitals, provides the environment for collaborative translational research using brain stimulation, neuroimaging, neuroanatomy, neurophysiology, and cognitive neuroscience to better understand the neurocircuitry of these and other illnesses. with the ultimate goals of enhancing rehabilitation and relieving suffering in individuals affected by these serious conditions.