I Thought Maybe This Was Normal: A family’s struggle with bipolar disorder highlights the importance of diagnosis and early intervention

I Thought Maybe This Was Normal: A family’s struggle with bipolar disorder highlights the importance of diagnosis and early intervention

From The Quarterly, Summer 2011

This fall, 18-year-old Owen Whalen will enter the freshman class at Rochester Institute of Technology (RIT) in his home town of Rochester, New York. An outstanding student, he’s been awarded a tuition grant by the school, which he’ll supplement with earnings from summer jobs. With aptitude in art and math and a love of science fiction and fantasy thrillers, he plans to major in video game design.

It’s an exciting time for Owen, but he can remember a time when such a future – or any future – would have seemed impossible, a time when, in despair, he decided to end his life. He wound up in a hospital psychiatric ward. He was 11 years old.

Owen’s not-so-secret weapon has been the unwavering determination of his mother, Alison: “I doubt I’d be here today without her.” Determination was needed from the start even to put a name to Owen’s troubles.

Owen has bipolar disorder. He’s been in remission for a few years now, but getting there has been a tough slog, and considering the grim suicide statistics for people with his illness, the outcome could have been very different. Owen’s not-so-secret weapon has been the unwavering determination of his mother, Alison, to understand what was happening to her son and to find the resources to help him. Says Owen: “I doubt I’d be here today without her.”

Determination was needed from the start even to put a name to Owen’s troubles. For a long time, conventional wisdom held that children didn’t experience mental illness. A large body of research has overturned that notion, but as recently as the period when Owen was showing symptoms, the diagnosis of childhood bipolar disorder was being disputed. A few psychiatrists reject it to this day, which makes Alison Whalen “very, very angry.”

At present there are no biological markers for diagnosing bipolar disorder, a lack many researchers are working to remedy. The Brain & Behavior Research Foundation is funding many studies in this area. Bipolar disorder, also called manic depression, is characterized by cycles of depression and mania. Because the first episode is usually depression, it has frequently been treated with antidepressant medication. If given without mood stabilizers, antidepressants can catapult a bipolar patient into full-blown mania, as happened to Owen. In the hospital he was given two antidepressants and sent home with a third.

“He came home on a Tuesday,” Alison recalls, “and by Saturday he’d had 11 cycles. We were frantic.”

Owen himself began feeling that “something wasn’t right” when he was around seven. “I went through a lot of depression,” he says. “It was very painful, but I guess because I was so young I thought maybe this was normal.”

A sensitive child, he became a target for school bullies. Alison remembers worrying about kids picking on him: “Things would get better for a while and I’d think, well, I’ve never been a boy. Maybe this is the way it rolls,” a sentiment reinforced by her husband, Louis, who insisted his son just needed to “suck it up.” Meanwhile, she says, “Owen’s academics were great. And isn’t that what all parents want, kids who get As?” But by fifth grade, the bullying had escalated to the point where Owen was running away from school, and his behavior at home was becoming alarming.

Always a voracious reader, Alison started poring over kinds of books she had never read before. “In the beginning,” she says, “it would take me three days to get through one paper.” Through her explorations, Alison discovered the Brain & Behavior Research Foundation. “Its publications,” she says, “provided information in a form more easily available for someone like me.”

“First,” Alison says, “he chopped off all his hair. Then he started destroying his favorite things. He took his beautiful artwork, the pictures he’d been most proud of, and cut them into tiny pieces – and handed the pieces to me. All I could think was, this poor little person doesn’t have the words to express what he’s feeling, but what he’s saying is ‘help me.’”

For Alison it was a call to arms. Even before the suicide threat that sent Owen to the hospital, she had begun to educate herself about mental illness and to recruit what she calls her “dream team.” First she enlisted a psychologist, trained in behavioral therapy, whom Owen initially resisted but now credits with the lion’s share of his recovery. Finding him right off the bat was beginner’s luck, as Alison soon learned. Always a voracious reader, she started poring over kinds of books she had never read before. She scoured the Internet. She grappled with the arcane language of scientific papers. “In the beginning,” she says, “it would take me three days to get through one paper.”

Her reading convinced Alison that Owen had bipolar disorder. “There were 15 criteria listed, and he had 12 of them.” But the doctors who treated Owen in the hospital disagreed because there was no family history. (Bipolar disorder is highly heritable, but not invariably so.) In frustration, Alison begged them to “forget the label and just put this kid on the right medication.”

Through her explorations Alison discovered the Brain & Behavior Research Foundation. “Its publications,” she says, “provided information in a form more easily available for someone like me.” Seeing the urgent need for more scientific research, she became a Foundation supporter. Last Christmas, as she regularly does, she sent a donation dedicated to Owen.

Owen’s suicidal ideation lasted a long time. His depressive cycles were severe, and he had psychotic symptoms, which happens often with bipolar disorder. In one of his hallucinations, a man all in white and wearing a turban came to his window at night promising to tell him the secret to life. But then the man’s clothes darkened, his eyes turned menacing and he started shadowing Owen at school.

Alison tells other parents about the Brain & Behavior Research Foundation: “If you want to make a difference, that’s where you should put your money.”

After Owen was released from the hospital, the family began the search for a psychiatrist. “The first one we went to,” Alison says, “explained that there are two kinds of kids in middle school, those who are athletic and popular and those who are weak and can’t handle the cruelty of this age range – and that’s Owen’s problem.” Alison was furious at a response she thought glib and dismissive.

“I wanted someone who’d be as passionate as I was about helping this child get better. I guess I have this stubborn streak. I refused to accept when others told me how things were going to turn out. I thought to myself, I’m going to decide how this turns out!”

Finally, the correct diagnosis came from child psychiatrist and researcher specializing in bipolar disorder, Barbara Gracious, a 2000 NARSAD Young Investigator at the University of Rochester. After careful examination, Gracious agreed that Owen had bipolar disorder. “And instead of being sad,” Alison, says, “I was relieved. No more antidepressants.”

The gold standard for bipolar disorder is the drug lithium – if it works. It didn’t work for Owen. It took 14 or more different medications and combinations before the right formula was found. Alison recalls one personal “bright spot” from that difficult period. “When Dr. Gracious saw my eagerness to educate myself, she gave me little projects. She said to Owen, ‘I think your mom has a bit of researcher blood.’”

After Dr. Gracious left Rochester, Lindsay Schenkel, Ph.D., from the RIT faculty, joined Owen’s team. Owen appears with Dr. Schenkel’s other patients in a video on pediatric bipolar disorder, “The True Child Within,” that can be seen on the Internet.

The stigma attached to mental illness, while less widespread than it used to be, still surfaces – especially when a child is involved, and more so if the child is one’s own. Exasperated when her husband at first resisted Owen’s diagnosis, Alison challenged him, saying, “if Owen had diabetes or cancer, would you be saying ‘not my child?’” When Owen crashed, Owen’s 13-year-old sister Fiona reacted to the family crisis with raging adolescent defiance, but the two are now very close.

“It was around two years in,” Alison recalls, “when the doctors started using the word ‘stable’. The following spring, when Owen was 14, they were talking about remission,” and Alison began to see again “the boy I knew. I had my child back.” Owen is now down to one medication, the antipsychotic Seroquil XR (generic name quetiapine), on the lowest dose. There are side effects – he tires easily and wonders if he’s “duller on the meds.” And he worries that a relapse could dim his bright future.

Now active as an advocate and educator for bipolar families, Alison tells parents in the groups she conducts about the work of the Brain & Behavior Research Foundation. “I tell them, if you want to make a difference, that’s where you should put your money.” The Whalens know that for people like Owen, the best hope lies in scientists finding means for early intervention. 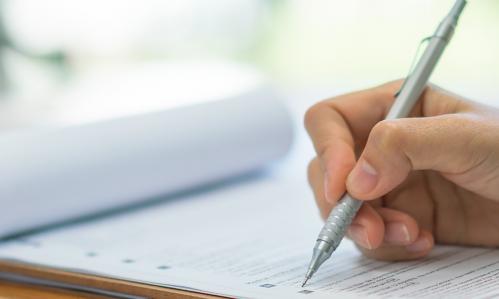