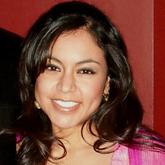 A young woman with borderline personality disorder uses social media to transform the pain of her experience into benefit for others.

From The Quarterly, Summer 2012

Danielle Zavala, a vivacious 26-year-old from Austin, Texas, uses the Internet just as much as anyone else her age does. She’s on Twitter, Facebook, Formspring and Tumblr, and posts video blogs on her own YouTube Channel. She also guest blogs on psychcentral.com, a mental health website. But the messages she sends are far from typical. Notwithstanding her dimpled smile and chatty style, what Danielle blogs about is mental illness, a subject she knows all too well.

Danielle has posted videos about addiction and anxiety, medications and talk therapies and even about what to expect during a psychiatric hospitalization. Her blogs have titles like “Why Be Open About Mental Illness?” and “Please Take Children and Adolescent Mental Health Issues Seriously!”

The topics come from her personal experience and from questions raised by her viewers. Her aim, she says, is “to transform the pain of my experience into a tool that can help others." As of this writing, she had 2,631 regular subscribers to her websites (*2015 Update: nearly 5,000 subscribers!), which have recorded 245,000 individual viewings since she began the project two-and-a-half years ago. She finds that a lot of those responding to her blogs are people living with mental illness who say they have no one else to talk to but her.

May is Borderline Personality Disorder Awareness Month. Sign up for a webinar about Social Learning in BPD >

The ultimate question hanging over anyone dealing with mental illness—their own or that of a loved one—is the possibility of recovery. This past June, Danielle posted her 100th blog. It was titled “My Recovery from Borderline Personality Disorder, Alcoholism and Sex Addiction.” It’s a recovery that is very new, hard won and as she is well aware,  will demand her constant vigilance for the rest of her life.

The National Educational Alliance for Borderline Personality Disorder (BPD) says that BPD is “a disorder where individuals have extreme difficulties regulating their emotions. Problems include intense anger, chaotic relationships, impulsivity, unstable sense of self, suicide attempts, self-harm, shame, fears of abandonment and chronic feelings of emptiness.” The description could stand as Danielle’s emotional resume, compounded, in her case, by bipolar depression.

“I’ve been super sad my whole life,” she says. She remembers it becoming “really painful” at about the age of 11. “And by the time I was 13, I was full-blown suicidal. I was afraid to talk about what I was going through because I’d never heard anyone ever talk about it. I didn’t have a vocabulary to talk about mental illness.” At thirteen, she also started, in secret, punching her legs until they were black and blue, pulling out handfuls of her hair and pounding her head against the wall in a desperate effort to quell the psychic agony. Afraid she might damage her brain, she finally confided in her mother, who took her to the family doctor. He put her on various antidepressants that helped “a bit,” she says, “but not really.”

The growing-up years would have been difficult for Danielle even if she hadn’t been ill. Her parents divorced when she was very young. Her father, whom she rarely sees, is an emotionally distant alcoholic and her mother has a severe heart condition. “She was in the hospital most of the time I was in high school,” Danielle says, “so it was as if my brother, sister and I were living on our own.” The oldest of the three children, she took on “most of the parenting duties.”

While she was an A student when able to concentrate, Danielle’s overall school performance was inconsistent, and she dropped out of college. It was not until she was 23 that she was correctly diagnosed with BPD, by which time, she says, she was “more and more out of control.” There were love affairs that blew apart, jobs lost, and night upon night of alcoholic blackouts. She was again prescribed antidepressants that didn’t work and had to be hospitalized twice that year.

Things began to look up when her current psychiatrist put her on a combination of medications that seemed to relieve her symptoms. But then, finding herself stabilized on lowered doses of the medications and high on a new love interest, Danielle decided she no longer needed any medication. She stopped cold turkey and wound up losing her love interest and, at Christmas time last year, once again found herself in the psych ward. She describes this as her turning point, the moment when she realized that she had—and wanted—to take responsibility for her own recovery.

“In the past,” Danielle says, “I would address one issue and not the others. Then whatever issue I was neglecting would bring me down.” Now, she says, she is focusing on “the whole picture.”

Danielle now has a "recovery plan." She takes the mood stabilizing drug lamotrogine (Lamictal®) and the antidepressant fluoxetine (Prozac®), and is addressing her psychosocial issues through dialectical behavioral therapy, an adaptation of a powerful form of talk treatment called cognitive behavioral therapy that was developed many years ago by Aaron Beck, M.D., a NARSAD Distinguished Investigator Grantee (see The Quarterly, Fall 2011). She has stopped drinking and is conscientiously following a 12-step addiction recovery program.

At present, Danielle is living with her mother. Her job as manager of online sales for a company she helped to establish provides a significant share of support for her mother, who is no longer able to work. For Danielle during this transitional period, being with her mother provides the emotional support she knows she needs.

“Since my last hospitalization,” she says, “I haven’t had a boyfriend; I’ve just been focusing on myself, on my recovery, learning how to cope with life. And I’ve felt a lot happier than I ever was when I was in a  relationship, because for the first time in my life I’m my number one priority. Before, it was always the relationship that was the priority. But since I’ve had a dysfunctional way of doing things my whole life, it takes a lot of work to develop new patterns.

“So every day when I wake up I plan my day and review the skills I learn in therapy. I keep a journal that reminds me what I’ve planned for the day and every night before bed I reflect on the day, what I did well, where I fell short and how I can improve.

I’ve set short-term and long-term goals, and am making myself do things that are uncomfortable, but good, for me.”

One of Danielle’s problems has been severe social anxiety. As part of her recovery process she is working to make friends for the first time, and she has committed to giving weekly talks to patients at treatment centers, telling her story in person, as she does in her blogs, as a way to encourage them to envision the possibility of their own recovery. These are steps she dreaded taking. “But,” she says, “I had hit such a rock bottom I was willing to do anything to get better. Now they’ve become easier and even enjoyable.”

Karl Jung famously said, “As far as we can discern, the sole purpose of human existence is to kindle a light in the darkness of mere being.” It’s Danielle’s favorite quotation, and it was in that spirit that she first began blogging. Then, in May 2011, in honor of Mental Health Awareness Month, she set up a second YouTube channel that she named Kindle the Light, where anyone who wishes to can submit a video to share their story about mental illness and recovery efforts.

She also recently started an online shop, where she sells mental health awareness tee shirts that she designs herself. She donates the proceeds to organizations close to her heart, including the Brain & Behavior Research Foundation, which she discovered while doing research for her blogs, and NAMI, the National Alliance on Mental Illness. And, she boasts, “Business is pretty good.”

Danielle’s long-term dream is to become a psychiatrist or psychotherapist and she plans to continue to expand her advocacy for mental health. Soon she will attempt to do two things she has not been able to follow through on in the past: live on her own and finish college. This time she’s determined to make it. 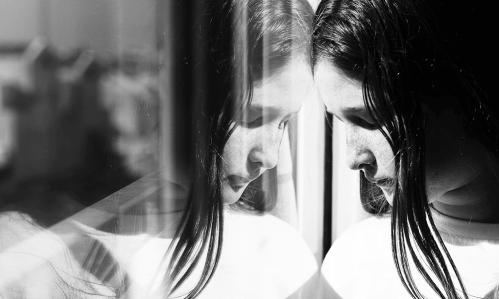 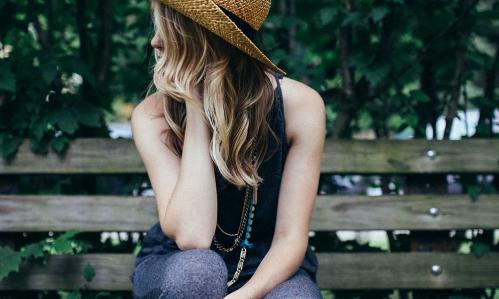 What advice or information can you offer to family members or loved ones of people with BPD that may instill some hope? 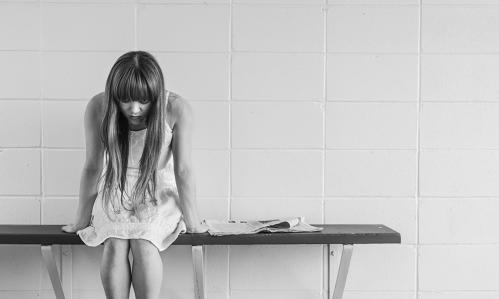