In Schizophrenia’s Wake, a Son Laments the Father Who Might Have Been

In Schizophrenia’s Wake, a Son Laments the Father Who Might Have Been

Emerson Hart is a singer-songwriter. In the 1990s, he co-founded the Grammy-nominated rock band Tonic and, as the lead singer, has written hit songs for the band’s multi-platinum albums. Emerson credits his mother, Sandra Hart, an actress and writer, for his love of language and performing, and his late father, Jennings, a singer in his youth, for handing down his musical talent. But Jennings also bequeathed to his son a darker legacy.

The most salient fact of Emerson Hart’s life from earliest childhood, one he kept hidden for years, was his father’s mental illness. Untreated and only belatedly diagnosed as schizophrenia, it manifested itself in abuse and rages that cast a shadow of unrelenting terror over the family, which included Sandra’s two small daughters from an earlier marriage. A decade ago, Emerson began confronting the family “secret” with the release of his first solo album.

“I love kids and I wanted to be a father,” he says, “but I felt that if I continued to keep that stuff inside, it would poison my relationship with a child." (He now has a daughter, Lucienne, age six.) Since he has gone public, many fans tell him, often in tears, that his story is theirs. This is a main reason he and his mother so strongly support the work of the Brain & Behavior Research Foundation—there should be a way to diagnose and treat these illnesses before havoc is wreaked.

The story began in 1968 when “Miss Sandra,” then the Baltimore-area hostess of the children’s television show “Romper Room,” found “the perfect husband.” Jennings, she says, “was handsome and charming, had his own business, lots of friends and a beautiful Irish tenor voice.” He also, she was to learn, had great skill at hiding the symptoms of his illness.

After Emerson’s birth in 1969, Sandra struggled to keep the family functioning. Then came a night when goaded by inner voices that told him she was unfaithful, Jennings, brandishing a screwdriver, lunged at her. She was somehow able to knock him off balance long enough to grab the children and flee. Arrested and hospitalized, Jennings was finally diagnosed and treated, but as soon as he was released and returned home, he stopped his medications and the violence resumed.

Unable to help him and increasingly concerned for her family’s well-being, Sandra divorced Jennings in 1977. Then, she says, the stalking began. “He stalked and threatened me constantly. I was certain he would kill me.” Instead, in a stranger-than-fiction twist, Jennings was killed, or so it is presumed. In 1980 he vanished without a trace, believed murdered by a jealous husband.

For Sandra, Jennings’ death brought relief, but closure came slowly. Although she married again, happily, and resumed a career as a television and film actress, it took her decades to exorcise the past. She did, finally, by writing about it in the book “Behind the Magic Mirror.” (Romper Room fans will recognize the allusion to the show’s “magic mirror.”)

For Emerson, the death brought nightmares. “To this day,” he says, “when I’m under great stress, my father will appear in my sleep, sometimes alive, sometimes dead, smoking a cigarette and staring at me.” Because of the unresolved circumstances of the death, Emerson long feared his father might return. Another “hammer over my head,” as he calls it, was the worry that he would inherit his father’s illness.

Ultimately, however, his deepest feeling is sadness. “If my father had had the right diagnosis and medication early on, if treatment had been possible, with all the good qualities he had going, I know he would have been an awesome father.” 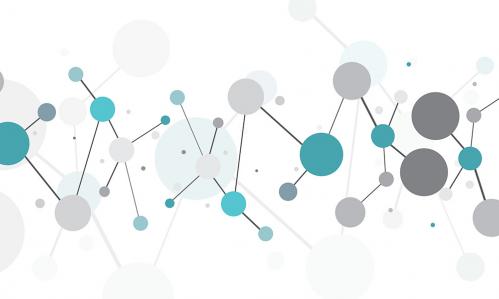