Promising New Parent-Child Therapy Offers Early Intervention Technique for Depression
Recent research has shown that children as young as 3 years old can experience symptoms of clinical depression . Research has also shown that half of all cases of depression arise during childhood . While evidence suggests that early behavioral interventions can mitigate the lifetime course of mood disorders, and possibly other neurodevelopmental disorders such as autism, it is yet to be established as to which treatments might work best. Treating the very young with drugs is not considered advisable. Read More
One Mom Shares How Early Intervention in Bipolar Disorder Saved Her Daughter’s Life 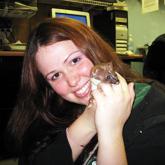 Amy McClellan’s young daughter Emily had what seemed like normal tantrums in early childhood, but as they progressively worsened into... Read More
Foundation-funded Discovery: Early Childhood Immigration Linked to Psychotic Disorders
NARSAD Distinguished Investigator Grantee Ezra Susser , M.D., Dr.P.H. and colleagues at Columbia University have discovered that there is an increased risk for developing a psychotic disorder with early life international immigration. The study—the first to include data on age at migration—was conducted in the Netherlands and found that those who immigrated when under the age of five had a twofold higher risk than those who immigrated at age 10-14 years, and a threefold higher risk than those who immigrated as adults. Read More
New Research Points Toward Early Detection and Intervention for Autism
NARSAD Young Investigator Grantee James C. McPartland, Ph.D. and colleagues at Yale University have conducted recent studies on Autism and the ability to process facial expressions. Children with Autism Spectrum Disorders (ASD) have problems in processing facial displays of emotion. Read More
Many Reasons for Hope: Rapid – and Long Lasting – Treatments for Children and Adults in Development
“As we understand the way in which the brain goes awry, we can be very hopeful that we’re going to... Read More