Go Back to the Press Releases

NEW YORK (Nov. 6, 2019) -- The Brain & Behavior Research Foundation, the world’s largest private funder of mental health research grants, awarded its 2019 Outstanding Achievement Prizes and the 2019 Pardes Humanitarian Prize in Mental Health at its International Awards Dinner on Friday, November 1, at the Pierre in New York City. Earlier that day, the Foundation held a free mental health research symposium at the Kaufman Music Center, at which the Outstanding Prizewinners presented updates on research discoveries. The events celebrated the power of neuroscience, psychiatric research and humanitarian efforts to transform the lives of people who are living with mental illness.

The nine recipients of the Outstanding Achievement Prizes were recognized for their extraordinary achievements in research on depression, ADHD, bipolar disorder, and schizophrenia.

In presenting the awards, Dr. Jeffrey Borenstein, President & CEO of the Brain & Behavior Research Foundation, said, “These exceptional scientists are distinguished by their use of cutting-edge technology and devotion to finding innovative new therapies that will improve care for those living with mental illness and hold the key to preventive and diagnostic tools for the future.” He added, “We celebrate the progress being made in brain and behavior research and the scientific advancements that are paving the way for more people to live full, happy and productive lives.”

Mary Woolley, President and CEO of Research!America, who attended the awards dinner, said, "The 2019 Outstanding Achievement Prizewinners and the recipients of the 2019 Pardes Prize are making extraordinary contributions to advancing psychiatric research and eliminating the stigma of mental illness. We join the Brain & Behavior Research Foundation in congratulating them, and we look forward to hearing more about their game-changing work."

The 2019 Outstanding Achievement Prizewinners are:

The Maltz Prize for Innovation & Promising Schizophrenia Research
Established in 2004, the prize was formerly known as the Baer Prize and was renamed in 2016 in honor of Board Members Milton and Tamar Maltz.

The Colvin Prize for Outstanding Achievement in Mood Disorders Research
Established in 1993 the prize was renamed in 2012 to honor a Foundation support, the late Oliver D. Colvin, Jr., who bequeathed the largest single contribution in the Foundation’s history.

The Ruane Prize for Outstanding Achievement in Child and Adolescent Psychiatric Research
The Ruane prize was initiated in 2000 by philanthropists Jay and William Ruane, and recognizes significant advances in research toward the understanding and treatment of early-onset brain and behavior disorders.

Goldman-Rakic Prize for Outstanding Achievement in Cognitive Neuroscience Research
The Goldman-Rakic Prize was created by Constance and Stephen Lieber in memory of Dr. Patricia Goldman-Rakic, a neuroscientist renowned for discoveries about the brain’s frontal lobe, who died in an automobile accident in 2003.

Pardes Prize Awarded
The Pardes Humanitarian Prize in Mental Health was presented to William T. Carpenter, Jr., M.D., for his leadership, advocacy and research in schizophrenia. The Honorary Pardes Prize was presented to Cynthia Germanotta and Born This Way Foundation for leadership in supporting the mental and emotional health of young people.

Herb Pardes, M.D., for whom the prize is named, and who serves as President of the Brain & Behavior Research Foundation’s Scientific Council and Executive Vice Chair of the Board of Trustees of NewYork-Presbyterian Hospital, said, “While our Foundation’s other awards focus on research for brain and behavior disorders, the Pardes Humanitarian Prize was developed from our Board Chairman Steve Lieber’s original idea to take special note of people and organizations whose humanitarian work is transformative and of great magnitude.”  He added, “The Prize was established to honor those who comprehensively care, teach, investigate, work, and passionately advocate for improving the mental health of society.”

About the Pardes Humanitarian Prize in Mental Health
The international prize recognizes a physician, scientist, public citizen or organization whose extraordinary contribution has made a profound impact on advancing the understanding of mental health and providing hope and healing for people who are living with mental illness. It focuses public attention on the effects of mental illness on individuals and society and the urgent need to expand and enhance mental health services in the United States and globally. The recipient is chosen by a distinguished international committee and receives an honorarium of $150,000. Established in 2014 and awarded annually, the Pardes Humanitarian Prize is named in honor of Dr. Herbert Pardes, a noted psychiatrist, outspoken advocate for the mentally ill, and the award’s first recipient. The Pardes Humanitarian Prize in mental Health is sponsored in part by Janssen Research & Development, LLC, one of the Janssen Pharmaceutical Companies of Johnson & Johnson.

About the Honorary Pardes Humanitarian Prize in Mental Health
The honorary prize is a tribute to a public figure or organization whose extraordinary contribution has elevated awareness of mental illness and has had a profound impact on focusing public attention on the need to expand and enhance mental health services in the United States and globally. Such a person or institution should have performed valuable humanitarian work for the general society.

About the Brain & Behavior Research Foundation
The Brain & Behavior Research Foundation awards research grants to develop improved treatments, cures, and methods of prevention for mental illness. These illnesses include addiction, ADHD, anxiety, autism, bipolar disorder, borderline personality disorder, depression, eating disorders, OCD, PTSD, and schizophrenia, as well as research on suicide prevention. Since 1987, the Foundation has awarded more than $408 million to fund more than 4,800 leading scientists around the world, which has led to over $4 billion in additional funding. 100% of every dollar donated for research is invested in research grants. BBRF operating expenses are covered by separate foundation grants. BBRF is the producer of the Emmy nominated public television series Healthy Minds with Dr. Jeffrey Borenstein, which aims to remove the stigma of mental illness and demonstrate that with help, there is hope. 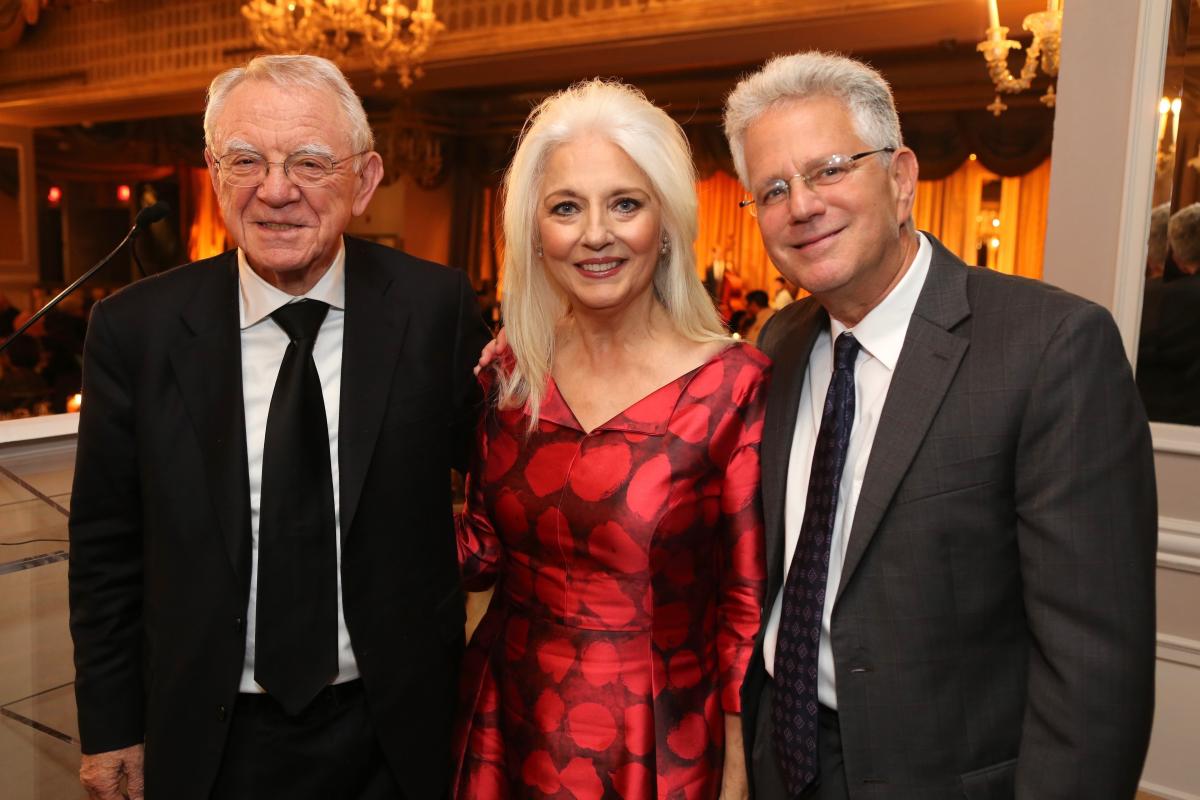