This week Sylvia Hughes is traveling to celebrate her grandson's 8th birthday with him. She always visits her grandchildren for their birthdays, even though she and her husband live on the opposite side of the country. {C}

"As grandparents we are as close to them as we can be given the distance between us," Hughes said.

Hughes' 8-year-old grandson, Reagan, was diagnosed as "on the spectrum" of Autism Spectrum Disorders (ASD) when he was 2. Since the time of his diagnosis, Reagan's family has sought early interventions with special therapeutic and educational programs designed for children with difficulties associated with ASD. In these environments, Reagan has thrived, Hughes said.

"The therapeutic element is very helpful," she said. "Reagan needs to work on his behavior in social situations. He gets in your personal space and also has emotional meltdowns. I see progress. These interactions are helping him. He is a charming, charming kid - and he loves school, absolutely loves it!"

Sometimes, though, these special programs are not available and Reagan's parents at this point don't feel comfortable putting him into public schools. For his first- and now second-grade school years, Reagan will be home schooled along with his older brother and younger sister. He is however in a supplemental pilot therapeutic program for children with ASD.

Hughes has a special relationship with her grandson. "I taught him how to ride his bicycle this spring," she said. Hughes is very concerned about his future life. She supports the Brain & Behavior Research Foundation because of its broad research support across mental health disorders.

"I think science is going to explain to us a bit better what the spectrum disorder is, which will lead to interventions that will allow us to - if not prevent - avoid the worst of the consequences of spectrum disorder issues," Hughes said. "The research is key to helping us find ways to alleviate the destruction that can happen in people's lives. We need to allow children to grow up normally and not be detoured into such debilitating problems."

Reagan in many ways is a healthy, growing boy. He recently made his birthday wishes clear when he had his grandparents go to a website to see the new set of LEGOs he wants. That wish will be granted, but Hughes' has her own wish for her grandson: "I want whatever is happening in my grandson's brain to be diagnosed and treated effectively so he can have a normal life."

Until then she will visit Reagan, shower him with love, and continue to support the Brain & Behavior Research Foundation.

A New Way to Diagnose and Treat Autism

Over-sensitivity to Sound, Smell, Touch, or Taste in Preschoolers Predicted Higher Risk for Anxiety at Age 6 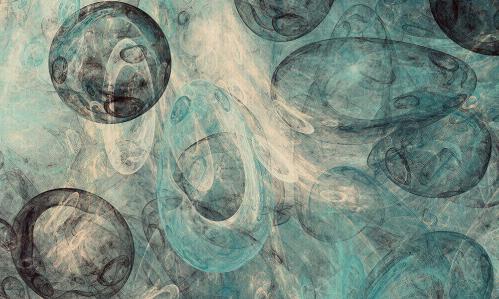