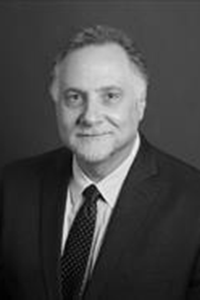 Daniel Mathalon, M.D., Ph.D. is co-director of the Brain Imaging and EEG Laboratory at University of California, San Francisco (UCSF). He also directs the Early Psychosis Program at UCSF, overseeing research and treatment of patients who are in the early phases of psychosis or who are exhibiting prodromal symptoms indicative of increased clinical risk for psychosis.

Dr. Mathalon received his B.A. from UC Berkeley and his Ph.D. in Clinical Psychology from Indiana University. He subsequently obtained his M.D. from Stanford University, where he also completed his psychiatric residency training and a research fellowship in psychophysiology. In 2000, Dr. Mathalon joined the faculty of the Department of Psychiatry at Yale University. In 2007, he moved to San Francisco, establishing the Brain Imaging and EEG Laboratory at UCSF.

Dr. Mathalon has extensive expertise in electroencephalographic (EEG) and functional magnetic resonance imaging (fMRI) methods, and he has used these methods to study the temporal and anatomical organization of functional brain activity underlying sensory, perceptual, and cognitive processes and their dysfunction in neuropsychiatric disorders. Much of his prior research has focused on studying the pathophysiological mechanisms underlying the symptoms and course of schizophrenia, and a major focus of his current research is on the prodromal period preceding the onset of psychosis.

Dr. Mathalon is best known for his papers showing progressive gray matter loss in chronic schizophrenia, numerous fMRI studies of cognitive function, and studies of the amplitude of low frequency fluctuations of the BOLD signal during rest. He is also known for his EEG and event-related potential (ERP) studies that have shown deficits in schizophrenia in error monitoring (error-related negativity), attention (P300), auditory echoic memory (mismatch negativity), long-term potentiation (LTP)-like visual cortical plasticity (visual C1 and N1b), efference copy/corollary discharge-related modulation of auditory cortex during speech (auditory N100), and synchronization of gamma oscillations. His paper showing that reduced mismatch negativity predicts conversion to psychosis in individuals at clinical high risk for psychosis was recognized by the BBRF as one of the Top 10 Discoveries in 2014. Ultimately, his work aims to use neurophysiological biomarkers to enhance the accuracy of psychosis risk prediction, providing a stronger justification for early interventions with individuals at clinical high risk for psychosis.