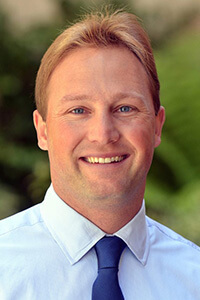 Dr. Slavich is a leading expert in the conceptualization, assessment, and management of life stress, and in psychological and biological mechanisms linking stress with poor health. He developed the first online system for assessing lifetime stress exposure; formulated the first fully integrated, multi-level theory of depression; and is helping pioneer a new field of research, called human social genomics. This translational work on the psychoneuroimmunology of stress and health has been published in several leading journals, including Nature Medicine, JAMA Psychiatry, PNAS, Psychological Bulletin, and the Annual Review of Clinical Psychology.

In addition to these clinical research efforts, Dr. Slavich is deeply devoted to teaching and mentoring and to helping develop the next generation of leaders in psychiatry and psychology. In addition to having mentored more than 175 trainees, Dr. Slavich founded the Stanford Undergraduate Psychology Conference, Western Psychological Association Student Council, and Society of Clinical Psychology’s Section on Graduate Students and Early Career Psychologists. More recently, he has developed a new approach to classroom instruction called transformational teaching and has written numerous articles on professional development issues in science. He has received 18 awards for these contributions since 2009, including the Neal E. Miller New Investigator Award from the Academy of Behavioral Medicine Research, Herbert Weiner Early Career Award from the American Psychosomatic Society, Susan Nolen-Hoeksema Early Career Research Award from the Society for a Science of Clinical Psychology, and Raymond D. Fowler Award for Outstanding Contribution to the Professional Development of Graduate Students from the American Psychological Association.

Dr. Slavich completed undergraduate and graduate coursework in psychology and communication at Stanford University, and received his Ph.D. in clinical psychology from the University of Oregon. After graduate school, he was a clinical psychology intern at McLean Hospital in Boston and a clinical fellow in the Department of Psychiatry at Harvard Medical School. He subsequently completed three years of NIMH-supported postdoctoral training in psychoneuroimmunology at UCSF and UCLA. He is presently an Associate Professor in the Department of Psychiatry and Biobehavioral Sciences at UCLA, a Research Scientist at the Cousins Center for Psychoneuroimmunology, and the Founding Director of the UCLA Laboratory for Stress Assessment and Research. His research has been covered by many media outlets, including The New York Times, The Washington Post, The Guardian, The Atlantic, Scientific American, TIME Magazine, HBO, NPR, U.S. News & World Report, and others.