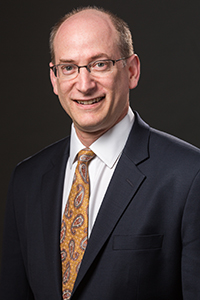 Director: NIAAA Center for the Translational Neuroscience of Alcoholism

Dr. John H. Krystal is a leading expert in the areas of alcoholism, post-traumatic stress disorder, schizo-phrenia, and depression. His work links psychophar-macology, neuroimaging, molecular genetics, and computational neuroscience to study the neurobi-ology and treatment of these disorders. He is best known for leading the discovery of the rapid antide-pressant effects of ketamine in depressed patients.

In the 1990s, Dr. Krystal’s mentor and colleague, Dr. Dennis Charney, found reason to question the centrality of monoamines to depression. This led them to hypothesize that the signaling mechanisms employed by higher brain centers, particularly glutamate and GABA signaling, might be critical to depression and its treatment.

How could glutamate signaling be studied in people? This was the focus of Dr. Krystal’s laboratory. He developed the use of ketamine as a probe of the biology of depression, discovering its remarkably rapid and robust antidepressant effects in de-pressed patients. When Janssen Pharmaceuticals received FDA approval for the s-isomer of ketamine (esketamine), it was clear that they had created new hope for people with depression and had jumpstart-ed depression research.

Dr. Krystal is a member of the U.S. National Academy of Medicine. He also serves in a variety of advisory and review capacities for NIAAA, NIMH, Wellcome Trust, Brain and Behavior Research Foundation, the Broad Institute, and the Karolinska Institutet. Currently, he is co-chair of the Neuroscience Forum (NeuroForum) of the National Academies of Scienc-es, Engineering, and Medicine, a member of the NIMH National Mental Health Advisory Council, and he edits the journal, Biological Psychiatry.

Q. What are exciting new areas of research in PTSD?
Q. Where will the breakthroughs come in treating PTSD?
Q. What would 'recovery' of PTSD look like?
Q. How long does PTSD last?
Q. How can a doctor or counselor help me feel less afraid or tense?
Q. For early stage Alzheimer’s disease, could my brain be retrained by rote memory exercises?
Q. September 11th is a traumatic date – what do you recommend to manage the stress?