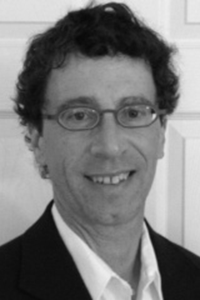 Murray B Stein MD, MPH, F.R.C.P.C. is Distinguished Professor of Psychiatry and Family & Preventive Medicine and Vice Chair for Clinical Research in Psychiatry at the University of California San Diego (UCSD), where he directs the Anxiety & Traumatic Stress Disorders Program. He is also a Staff Psychiatrist at the VA San Diego Healthcare System. Dr. Stein graduated from the University of Manitoba and completed his residency and post-residency fellowship at the University of Toronto and at the National Institute of Mental Health in Bethesda, Maryland, USA. He subsequently completed a Master of Public Health degree at the Johns Hopkins University Bloomberg School of Public Health in Baltimore, Maryland.

Dr. Stein’s research interests include the epidemiology, neurobiology, and treatment of anxiety disorders especially social phobia, panic disorder, and posttraumatic stress disorder. He has written or co-written over 500 peer-reviewed scientific articles on these topics, including in journals such as Journal of the American Medical Association, The Lancet, American Journal of Psychiatry, and JAMA Psychiatry. He is co-editor, with Martin Antony PhD, of the Oxford Handbook of Anxiety and Related Disorders (2009). His federally funded research has included studies of interventions for anxiety disorders in primary care, pharmacological approaches to treatment-resistant anxiety disorders, and functional neuroimaging research in anxiety and trauma-related disorders. He is Principal Investigator and Director of the Department of Defensefunded (2008-2014) INjury and TRaumatic STress (INTRuST) Consortium, which studies treatments for Posttraumatic Stress Disorder and Traumatic Brain Injury. He is also Co-Principal Investigator (with Robert Ursano MD) of Army STARRS, an NIMH-funded project (2009-2014) investigating risk factors for suicide and other deployment-related disorders.

Dr. Stein is a member of the Board of Directors of the Anxiety and Depression Association of America (ADAA), a Fellow of the American College of Neuropsychopharmacology (ACNP), Co-Editor-in-Chief for UpToDate in Psychiatry, and Deputy Editor for the journal Biological Psychiatry. Dr. Stein chaired the American Psychiatric Association Workgroup to Revise the Panic Disorder Treatment Guidelines (2006-2008), and is past Scientific Chair of the NIMH Interventions in Mood and Anxiety (ITMA) Review Group (2006-2009). Dr. Stein was a member of the DSM-5 Anxiety, Obsessive-Compulsive Spectrum, Posttraumatic, and Dissociative Disorders Work Group (2009-2013). He is currently a member of the Food and Drug Administration (FDA) Psychopharmacologic Drugs Advisory Committee (PDAC) (2011- 2016) and a member of the Institute of Medicine (IOM) Board on the Health of Select Populations (2012-2015)